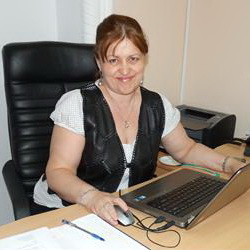 In 1992 Liudmila Malcoci became an associate professor at State University of Moldova, Faculty of Journalism and Communication Sciences. Since 1997 she has held leadership positions in several international projects implemented in the Republic of Moldova in the field of social development, including: World Bank Project Social Investment Fund of Moldova, Keystone Moldova Project implemented in partnership with Ministry of Labor, Social Protection and Family - Inclusive Community Moldova. Since 2011 she holds the position of Executive Director of the Keystone Moldova Association, and works in the field of social inclusion of people with intellectual disabilities. Since 2015, she has been working as a senior scientific researcher at the Institute for Legal, Political and Sociological Research.